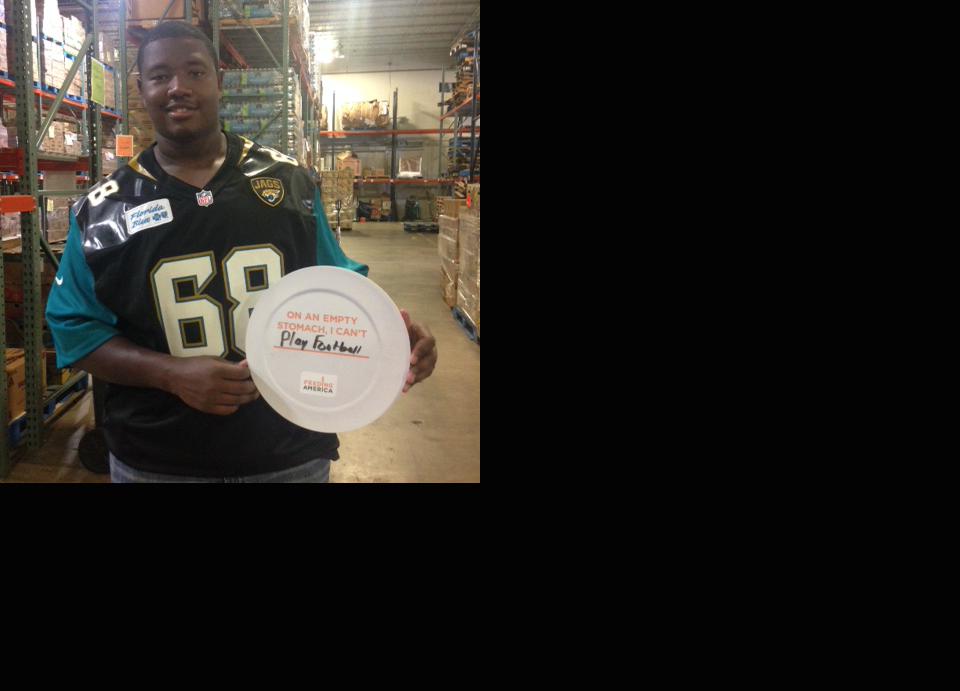 Donate now to provide meals to food insecure members of our community.

We are no longer accepting donations on this campaign, but there are other ways for you to support us today!

Since joining the NFL in 2012, Kelvin Beachum has been an advocate in the fight against hunger. He became an official spokesman for Bread for the World in May of 2015 and has partnered with them to help pass legislation that would improve school lunch and breakfast programs and has helped educate policy makers on the effects of malnutrition. He is also a member of the Feeding America Entertainment Council and a support agent for their network of over 200 domestic food banks. He has a strategic partnership with World Vision for global, humanitarian efforts focusing on combatting hunger, providing access to clean water, education, and disaster relief.

World Food Day is celebrated every year around the world on 16 October in honor of the date of the founding of the Food and Agriculture Organization of the United Nations in 1945.

This World Food Day, Kelvin will initiate a match challenge for five food banks across the country that honor his hometown, his home state of Texas, and the cities he has played for during his NFL career. Kelvin will donate $5K to each of the five food banks, pledging to double that donation if matched by community members for a potential, personal gift of $50K.

The campaign will kick off on September 25 in preparation for the game on September 30 when the New York Jets face the Jacksonville Jaguars, as both cities will be recipients of this campaign. The match challenge will conclude on October 15, and final giving amounts will be announced on October 16 (World Food Day) at the Food Bank of New York City where Kelvin will be volunteering.